Thanks for joining me! I unearthed my passion to learn more about gender equality, leadership, and human resources all under the same lens in my final year of earning my BS in Business Administration.  I took two classes alongside each other at the best possible time to get the wheels turning: Diversity and Leadership.  It was this eye-opening experience in which I realized that these topics all belonged in the same conversation.  How had I never seen it before?  I became aware of the challenges I’ve faced in leadership as a woman and aware of the opportunity I have to make a difference in achieving gender equality through my work in human resources.  I came to realize that while we’ve came leaps and bounds in gender equality over the past 100 years, there remains a wage gap and remarkable underrepresentation of women in leadership roles.  There is a lot of work left to be done, and it won’t happen if we don’t start the conversation.  I want more people to have the “Aha!” moment that I did, when my eyes were truly opened to the reality that gender equality doesn’t yet exist.  Let’s start this conversation.

Feminism by definition is the belief that men and women should have equal rights and opportunities.  It is the theory of political, economic, and social equality of the sexes.
– Emma Watson

The term “feminism” has sadly left a sour taste in the mouths of many, under the belief that to be a feminist is to be a man-hater.  Please take this stigma and throw it the hell away.  I am a feminist.  I love and respect humans, regardless of their gender.  My husband is a feminist.  He is a man who believes that women deserve equal opportunity and empowers me to pursue whatever personal and professional goals I set for myself.  It is vital that men join in this conversation, because we are all people on this Earth together, with unique skills and abilities; it seems a terrible waste not to work together.  Feminism is not for women; it is for all. 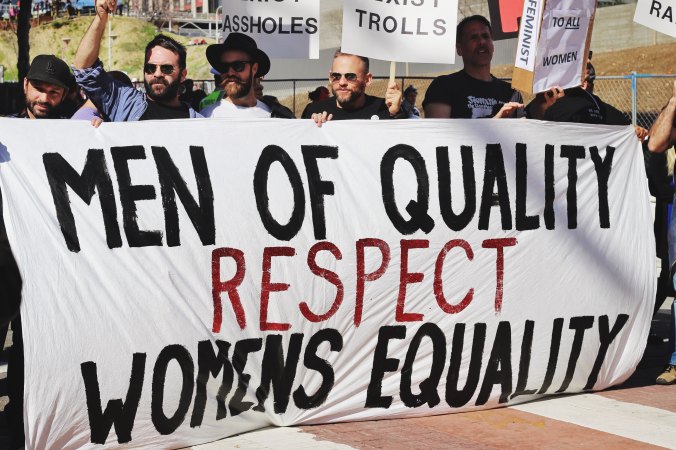 An organization that I find particularly inspiring on this front is HeForShe.  Founded by activist Emma Watson, HeForShe is taking action and inviting people from all over the world to join the cause to create a gender equal world.  I encourage you to visit their website to learn more.

There are a thousand ways we can make an impact, but it all starts by realizing the issue.  Stay tuned to explore more and find your voice!  This is only the beginning.

Available by appointment only, Monday through Saturday.